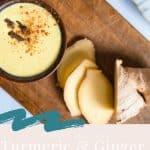 Healthy lattes are all the rage at the moment, and so they should be. Adding healing herbs and spices to drinks is a fantastic way to get extra nutrients into your diet. This easy turmeric latte with ginger is just that, and that’s why we think you’ll love it!

Loaded with spices that are healing to the body and soothing to the soul, filled with anti-inflammatory effects and gut healing properties.

It’s a great latte to make when you feel like taking a little time out of your busy day to put the feet up and relax.

A great cuppa to make before bedtime as well.

As the title says this latte contains turmeric, ginger, as well as cinnamon, and cardamom.

Instead of adding the spices individually you could make a batch of golden paste, which will keep well in the fridge. Add 1/2 a teaspoon to your drink and enjoy.

The paste is also great for adding to many other dishes – soups, stews, dressings and sauces.

Apart from spices, this drink is a great way to get some extra healthy fats in your diets from the coconut oil, as well as from coconut milk – should that be your choice of milk.

There is another reason this recipe calls for coconut oil, but we will go into more detail on why, below…

Let us break this recipe down a little, and take a look a why these spices are so beneficial for our health.

This spice has been used in many of our recipes, it has some amazing benefits and it is a spice that is affordable, one everyone should have on hand.

The active ingredient found in turmeric is called Curcumin, this biological compound has some powerful benefits. In fact, turmeric has been used for medicinal purposes since early times.

Let us take a look at why you should fall in love with Turmeric:

More than just a spice that adds flavour to your favourite dish, Turmeric has been used in Indian and Chinese medicine to treat a wealth of ailments.

Curcumin is known to have a low absorption rate, this means although this biological compound has some super benefits, our bodies find it difficult to fully absorb its goodness. Most of the Curcumin will get absorbed directly into the lining of the liver and stomach wall, instead of the bloodstream, where it would truly reap the health benefits.

Here a few things you can do to ensure maximum absorption:

You will notice this recipe calls for black pepper and coconut oil. Two vital components in helping our bodies absorb Curcumin.

Apart from our Easy Turmeric Latte, if you would like to get more turmeric into your diet, give these yummy recipes a try:

Ginger, is another gem to keep as a regular part of our diet. This fragrant spice is packed with antioxidants, it has also been used for centuries to treat pain, inflammation and nausea.

Here is what you need to know about Ginger:

Cinnamon, the spice of comfort, at one-time cinnamon was more valuable than gold.

Cinnamon contains an incredible amount of benefits, from helping with ailments such as diabetes to pain management.

Here is why we love cinnamon:

“Evidence suggests that cinnamon may have anti-carcinogenic effects as well, although the research thus far is limited to animal studies,” she says. “These experiments demonstrate that cinnamon extract slows the growth of cancer cells and induces cancerous cell death.” – Parikh

This unique spice has an intensely sweet and savoury taste. It adds a beautiful flavour to many dishes.

Like the other spices we spoke about above, cardamom too, is widely used in Ayurveda and Chinese medicine to treat many illnesses.

Here are a few benefits you can get out of Cardamom:

Now that you know more about all of the potential incredible health benefits, here is the recipe for our Easy Tumeric Latte. 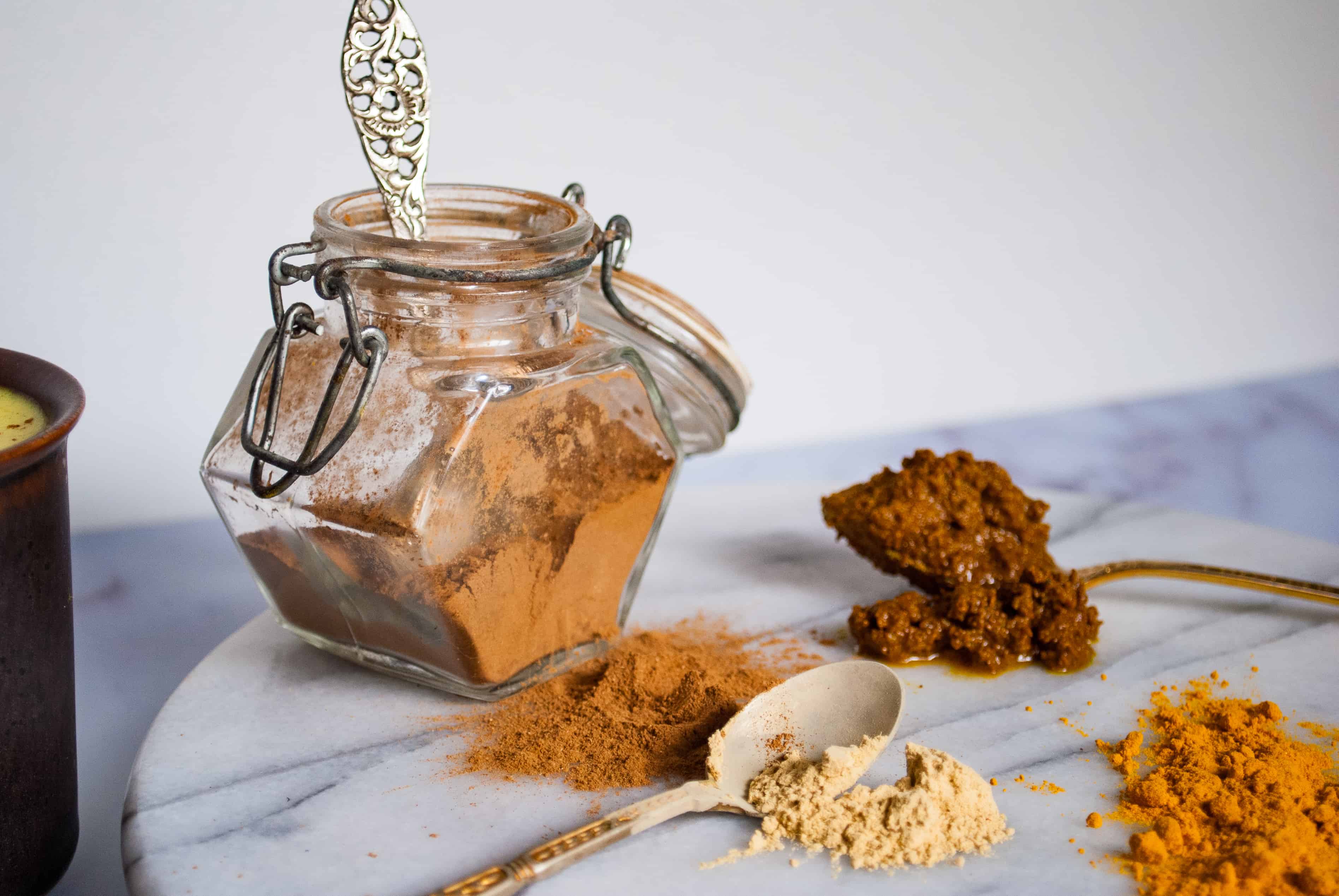 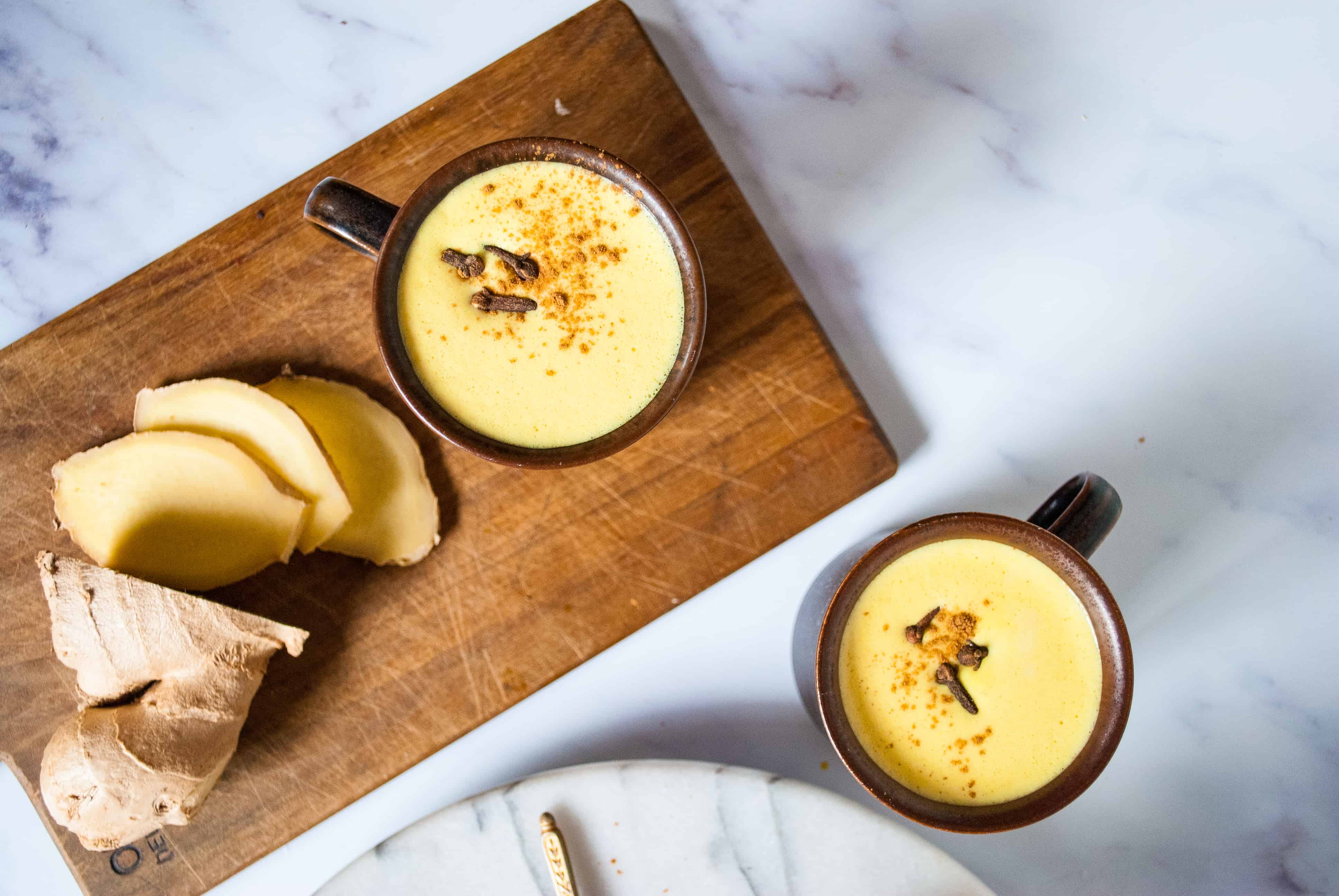 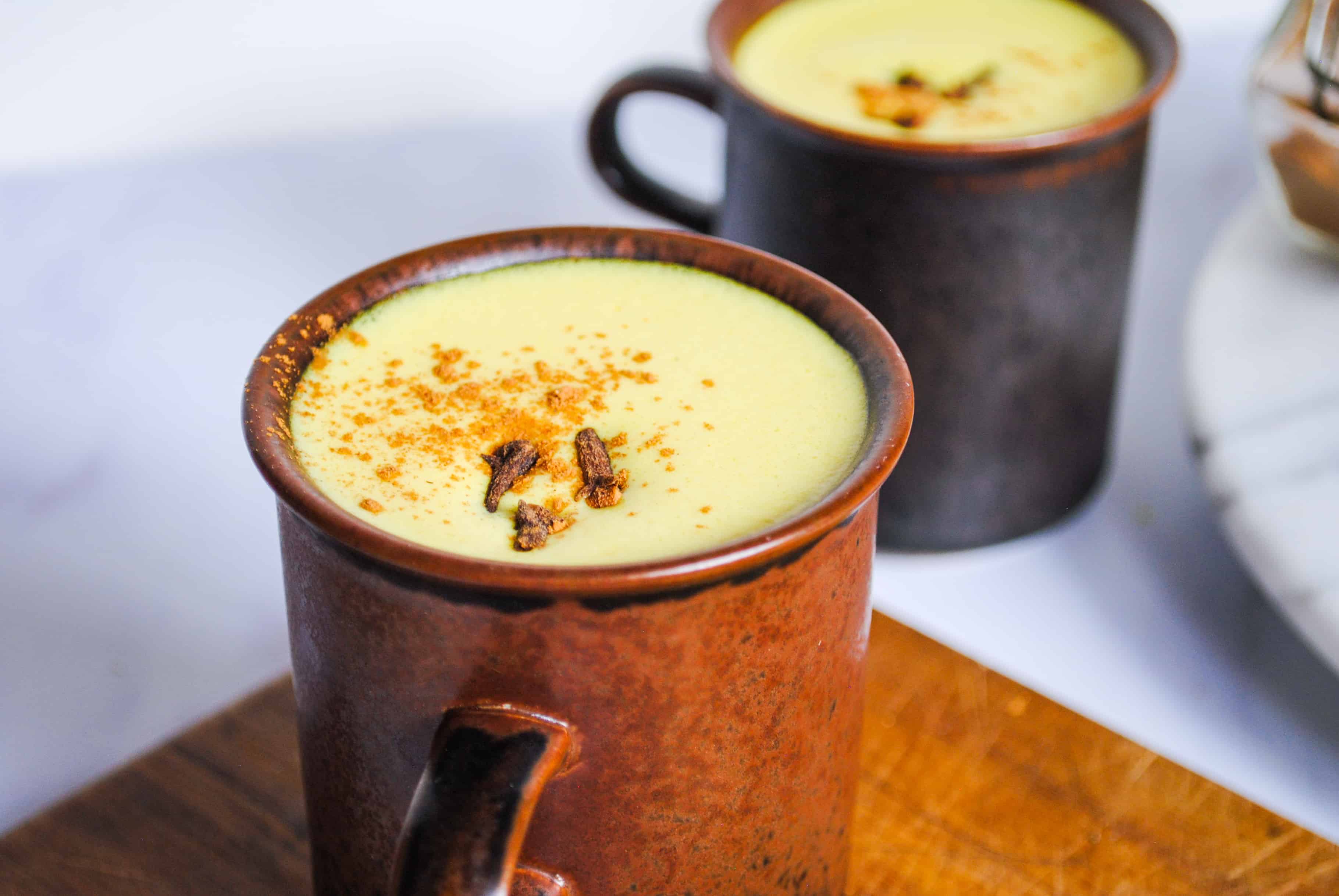 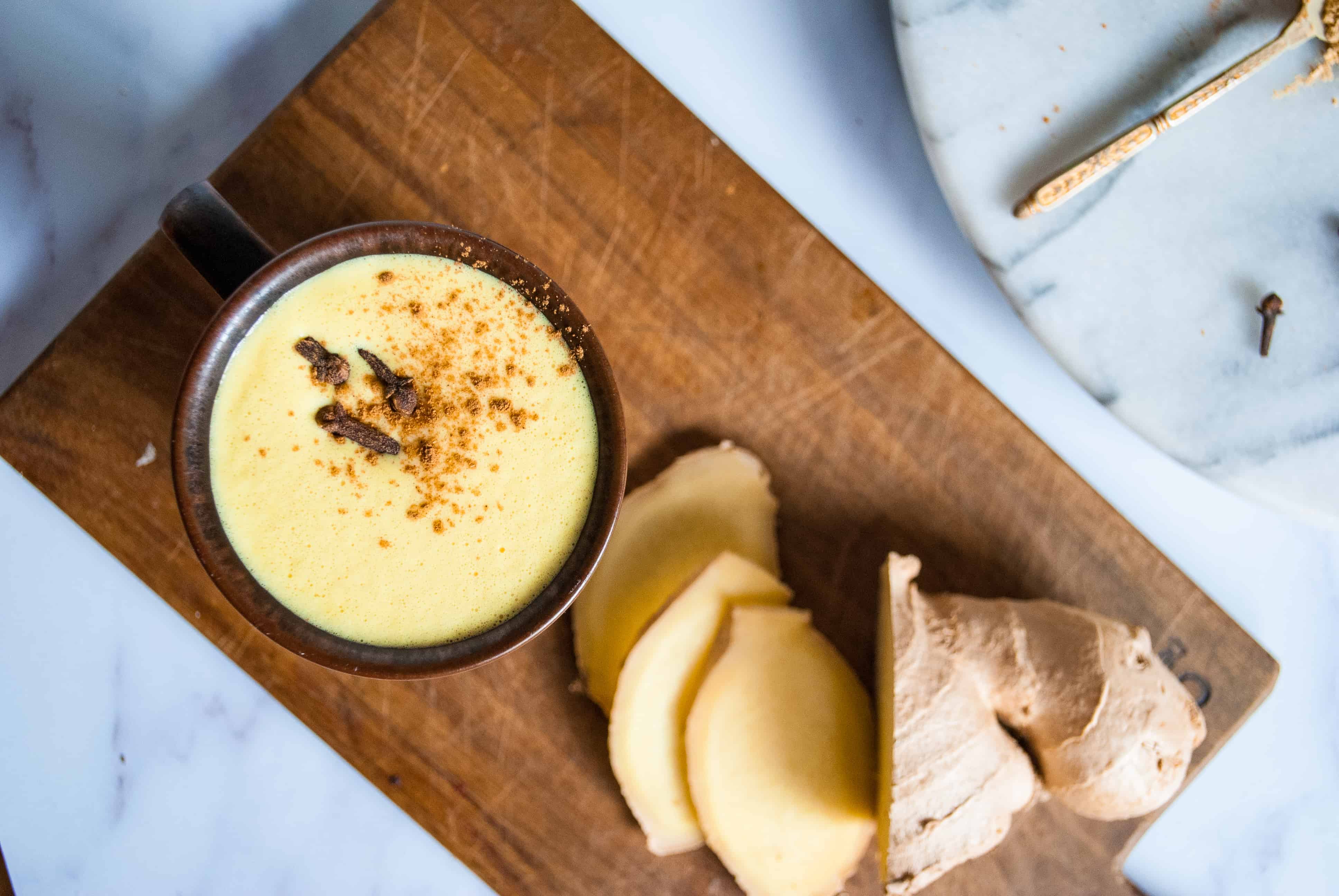