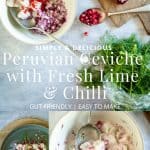 It is then cured through the use of acid in fruits such as lime and lemon and then spiced with the delicious flavours of chilli, coriander (aka cilantro), garlic and chopped onions.

Snapper ceviche is a deliciously refreshing light meal, that originated in Peru – hence the name, but in fact, it was a Peruvian colony that started it, during the S expansion.

Our Ceviche is filled with ingredients that taste so good, but more than that have some amazing healing properties.

If the thought of raw fish concerns you, the great part about ceviche is technically it’s not 100% raw.

The acid from the lime juice rearranges the proteins in the fish, thus rendering it safe to eat.

The secret is also to make sure you are using fresh ingredients if you live on the coast go to your local fish market and choose some fish that was caught that day.

We also added some dill because it just compliments the fish so well, as well as some pomegranate jewels for a touch of sweetness, and well it just looks pretty too! Meaning this ingredient is also entirely optional.

Once the mixture had cured in the fridge we mixed in a dollop of coconut just before serving, this gives it just the right about of creaminess which compliment the chilli and lime, oh-so-well!

Let us have a look at some of the benefits of these ingredients.

Probiotics act as food for probiotics, this makes it so important for us to consume them. Prebiotics are basically a form of fibre – undigestible plant fibre.

Meaning that passes through the digestive system without being absorbed, and makes it into the large intestine where they feed the gut bacteria.

This enables your gut bacteria to thrive! The great thing about prebiotics is you could very well already be eating them without realizing, due to the fact that they are found in many plant foods.

Onions are one of these. Raw or cooked onions are both great sources of prebiotics, onions are so easy to add to just about any meal.

Next time you make cauliflower mash, why not add some sautéed onions before blending? Yum!

Here are some other great prebiotic sources:

There are many benefits of consuming wild-caught fish over farmed fish. Here are two reasons we think it’s the better choice:

Dill is a herb that has some amazing effects on digestive health.

Besides the fact that it has the ability to boost digestion, it can also provide relief from insomnia, hiccups, diarrhea, dysentery, menstrual disorders, and respiratory disorders. As well as being a powerful boost for your immune system and anti-inflammatory.

Studies indicate that dill can be used to treat digestive complaints such as flatulence, indigestion, and stomachache.

Dill contains essential oils that are able to activate the secretion of bile and digestive juices, as well as stimulate the peristaltic motion of the intestine, easing the passage of bowel movements and which results in relieving constipation.

With so many gut-friendly ingredients we can only imagine you must be excited to get the recipe now, with that said, here it is. 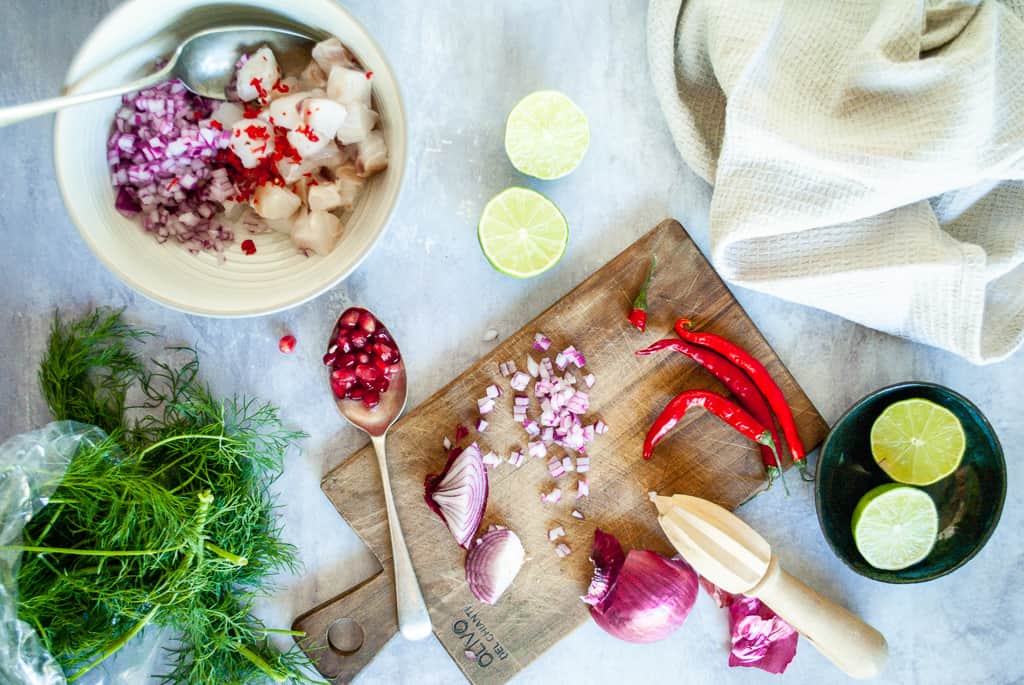 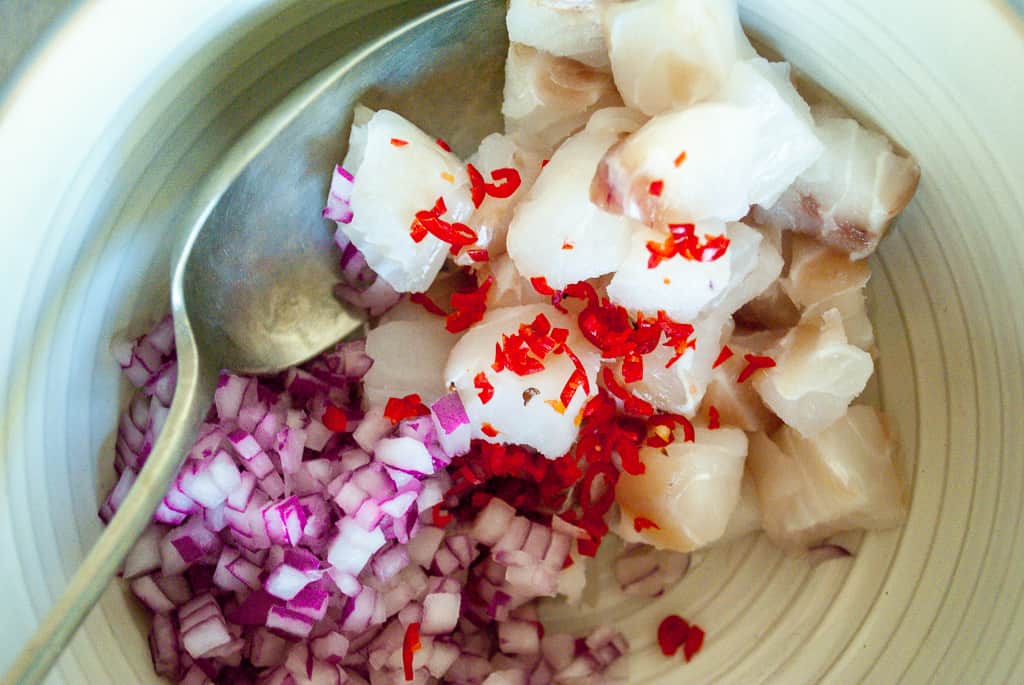 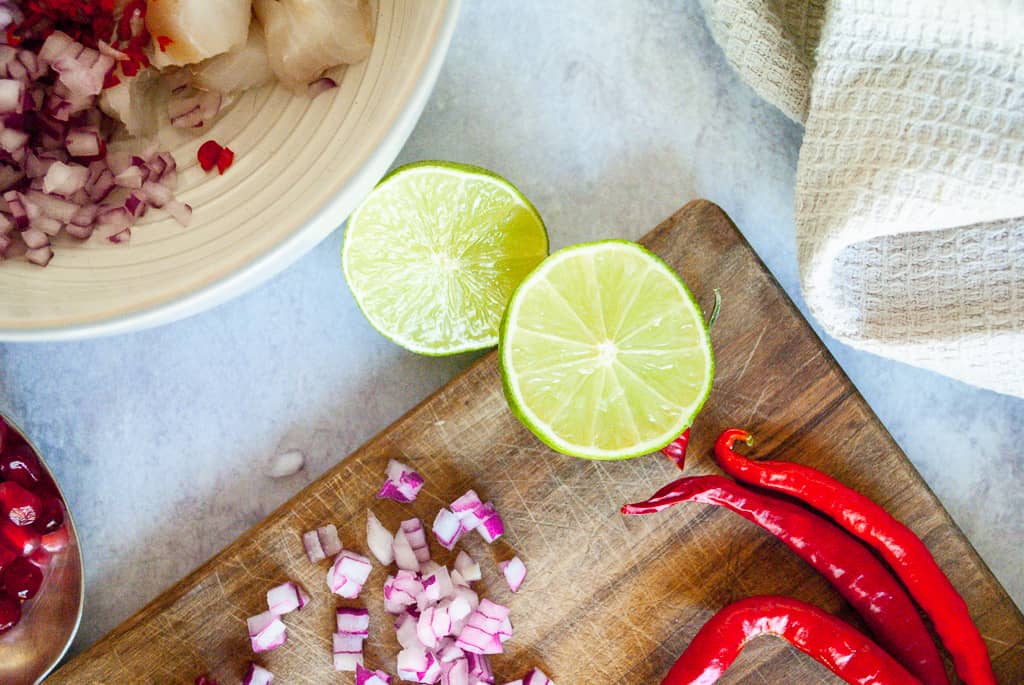 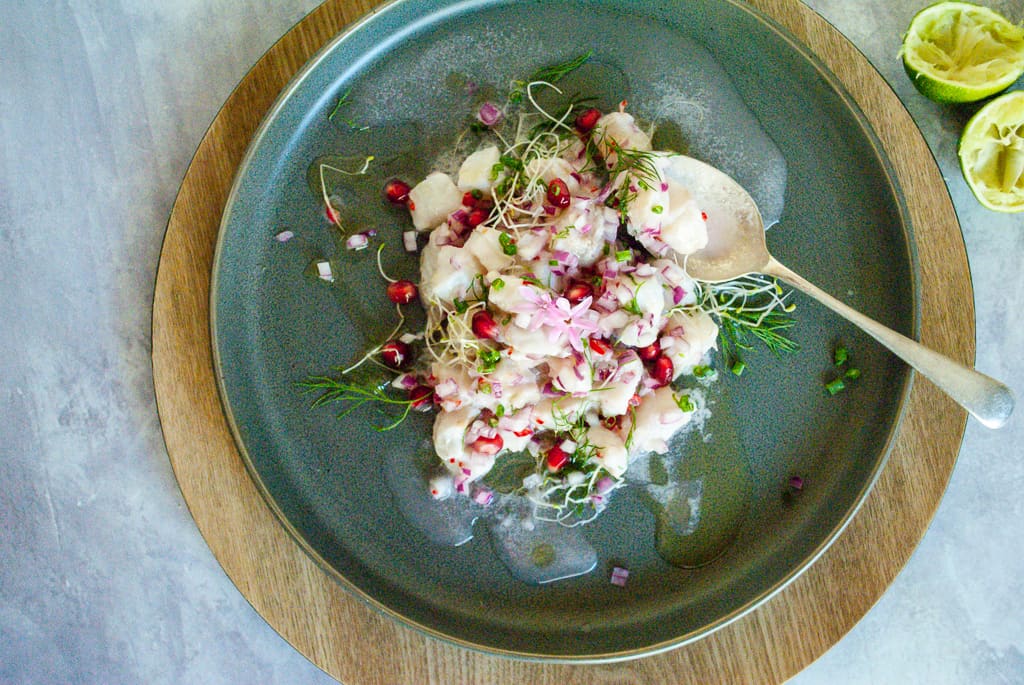 P.S you can add in a dash of coconut cream before serving for a little richness.

Optionally you can add pomegranate for pops of sweetness and visual appeal.